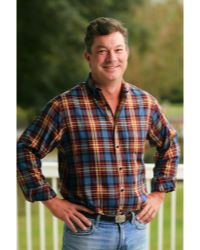 Ernie Smallman has been in the real estate industry since 1996. He went from purchasing real estate for his own account to working in commercial real estate sales and leasing full-time when he earned his license in 2001 for both Georgia and Alabama. He has extensive experience in transactions ranging from tenant representation, site assemblage and development, adaptive reuse projects, apartments, office and commercial asset, and industrial. Ernie's accolades include the Certified Commercial Investment Manager (CCIM) designation, attaining his Associates Brokers license in 2007, CBC International President's Elite award, CBC Gold Circle of Distinction award, and CBC Silver Circle of Distinction award. Ernie has also been awarded as a member of the Top Two Percent of Coldwell Banker Commercial producers nation-wide by transaction volume in 2014, 2015, 2016, 2017, and 2018./ Outside of real estate he is a member of the Rotary Club of Columbus and is on the boards of The Hospital Authority of Columbus, Uptown Columbus, and the Downtown Development Authority. In his spare time, Ernie enjoys spending time with his wife Shannon, sons Schley, Ernest, Aiden, Ryder, and daughter Josephine at their lake house teaching his children how to wakeboard and surf.